Milking machine is composed of vacuum pump and milking apparatus.

The former mainly includes vacuum pump, motor, vacuum tank, vacuum regulator, vacuum pressure gauge and so on.The latter consists of a milking pail, a pulsator (or pulsator), a milk collector, a milking cup, and some tubes and rubber tubes.

The new type of pipe cow milking machine does not have milking pail. Milk flows directly from milking cup to the milk storage tank and is completely isolated from the outside world.

The vacuum pressure of milking cup can be adjusted automatically according to milk flow, and can fall off automatically after milking, so as not to empty car.

milk storage tank of cow milking machine is made of stainless steel. The tank is intercalated with a serpentine tube filled with freon 20 and other refrigerants. There are two electric agitators in the tank, which can rapidly reduce milk temperature to 2 ~ 3℃. 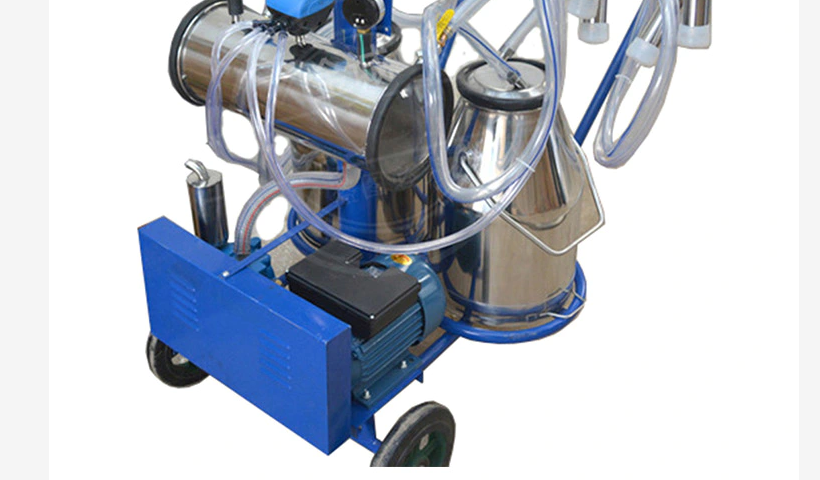 Milking machine has two beat and three beat regarding types.

1.Two beat type is called two beat, when the milking machine is activated, in a beat to produce two beats.

* The beat is sucking, and there is a vacuum in the nipple chamber and the wall chamber of milking machine, and the rubber sleeve is in normal condition.

The second beat is the squeeze, when the nipple chamber is still vacuumed but air enters the wall chamber, and the rubber sleeve is compressed by the pressure difference between the chambers, the sphincter closes and milk stops flowing.

The purpose of the squeeze beat of cow milking machine is to massage nipple by squeezing to restore blood flow to nipple that has been blocked during the suck beat.

The pulsation frequency of two-beat milking machine is generally 48 ~ 60 times/min.

When milking with two beat milking machine, the nipple is always a vacuum, so that the nipple (milk cup) will gradually touch the nipple and breast, after milking for 3 to 4 minutes, although the milk has not been milked, but because the communication between the nipple and breast is blocked, thus stopped the milk, easy to produce milk is not easy to milk the shortcoming. But because there is no rest beat, milking is faster than trimetrically.

In normal operation, the casing is maintained with a vacuum, sometimes filled with air, between the casing and the casing due to the control of the pulsator.

2. In addition to sucking and squeezing, milking machine adds a third beat, the rest beat.

This makes it easy to eliminate the disadvantages of two - beat milking machines.

But milking is slower in such milking machine. The time of three beats in a pulse is roughly: this milking machine can suck 45%, squeeze 15%, and rest 40%.

As with manual milking, the breasts should be scrubbed and massaged with hot water (50-55C) prior to milking.

Turn on the switch of cow milking machine, turn on the power and make the motor turn.

Adjust the vacuum pressure gauge of cow milking machine to make the vacuum close to 30 -- 35cm, generally not more than 40cm.

Then connect thick rubber tube to switch of catheter and turn on switch of cow milking machine.

With one hand grasping the dairytube, and opening switch on the lid of pail, place the cups of cow milking machine one by one on the nipples from the far side.

The pulse frequency of pulsator is generally adjusted to 50-60 times/min.

During milking, milk flow on cow milking machine can be observed through the glass tube on milker. If there is no milk flow, turn off switch on the milking pail or switch on catheter, gently remove the milking cup and hang it on the lid of milking pail.

After each milking, milk bucket of cow milking machine and related parts in contact with milk should be disassembled and cleaned, washed with cold water first, and then washed with 85℃ hot water.

The method of cow milking machine is to connect the main pipe (thick rubber tube), turn on switch on the catheter, reverse milk collector and immerse milk cup in the water, then open switch on the cover of the milk bucket to suck water into milk bucket, and wash milk cup and milk tube before washing the cover and wall of tcow milking machine bucket.

Wash with hot water and hang milker on a rack to dry. 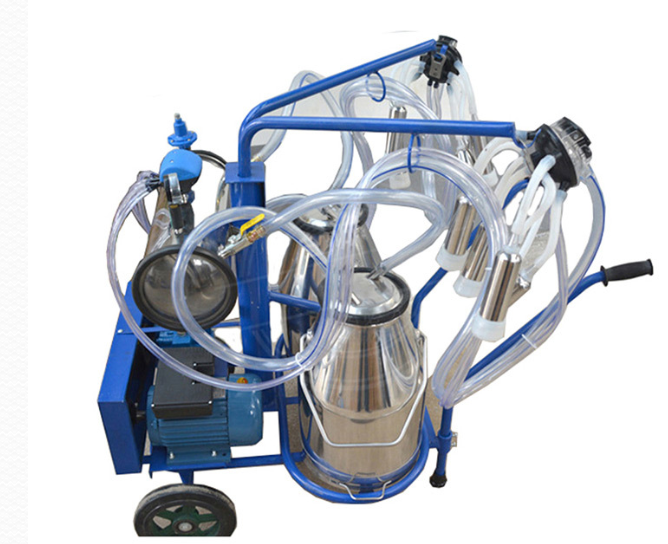 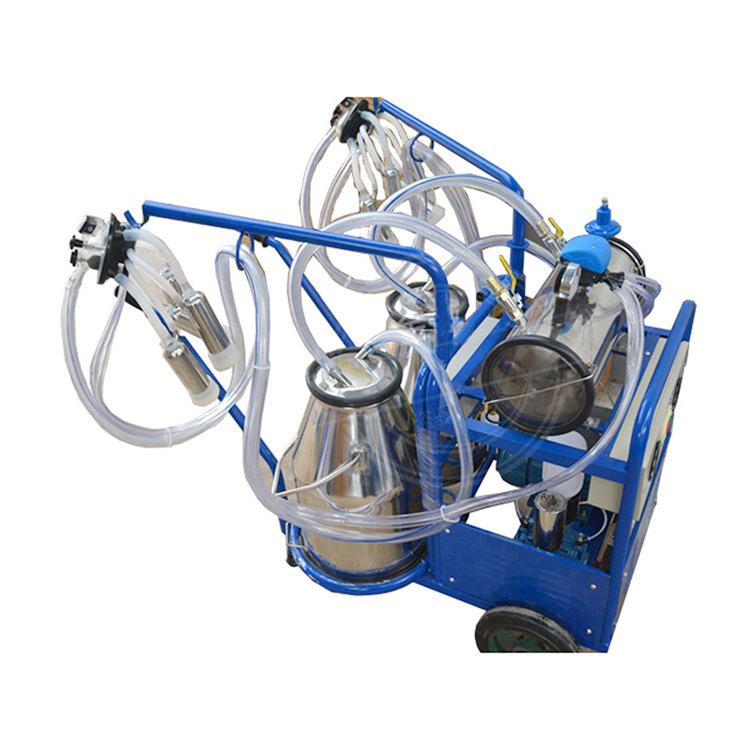 The first few handfuls of milk are mainly milk in the milk pool and often contain a lot of bacteria.

During milking, bacteria enter the milk pool from the nipple hole and thrive there on milk.

This three-ply milk should not be squeezed into large quantities of high-quality milk, nor should it be left on the floor or on the cow bed to prevent bacteria from invading through the nipple hole and infecting the healthy milk area.

2.Wash and massage the breasts

Do not wash the breasts and then milk three.

To very dirty breast should use a lot of clean water to wipe dry, then wipe breast with warm water.

Use a breast sprinkler to flush in the milking parlour.

3. Milk cup when the discharge reflex formed, as soon as possible to put on the milk cup milking, otherwise, from the mammary bubble to the milk pool will slow or interrupt.

Therefore, it is generally required to start from milking three milks until about lmin when the blood concentration of oxytocin rises to its peak.